Is a Baby Boom on the way?

Is a Baby Boom on the way? 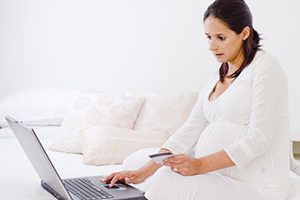 Birth rates matter to the toys and nursery sectors and there’s been plenty of speculation that a “Baby Boom” is on its way, due to well, erm, “Lockdown Leisure”.

What would a Baby Boom mean for both toys and nursery sectors? Setting aside recessionary pressures, for a moment, it’s likely to result in greater demand for goods from a growing base of first time parents.

Changes in consumer needs in nursery

Home working during lockdown has highlighted the need for more space for many people and this in itself will add value to space saving nursery equipment, Baby Boom or not.

Disposable income and savings will be squeezed since many parents and parents-to-be have dipped into their savings or reduced their earnings during furlough or as a result of losing their jobs and that will lead to more recycling, “re-circling”, renting or simply reducing the number of nursery items they buy.

So what has happened to the birth rates in the UK and other countries? Do trends vary country by country based on the length of Lockdown, number of Covid19 cases or deaths, or the economic impact?

There is not likely to be a Baby Boom any time soon.

Very few countries, pre Covid19, were reporting growth in birth rates. Typically birth rates have been gradually dropping over a long period of time, in Western economies in particular, and between 1% to 2% per annum.

In 2020 the rate of decline in birth rates slowed down by half, from 2018, in the UK, New Zealand, South Korea and France, from between 1.9% to 0.6%. I’ve selected these 4 countries to illustrate, as an example, that the trend is not defined by whether a country has a low or high rate of Covid19, frequent or protracted periods of Lockdown.

Australia, which had both a long period of strict lockdown and achieved low Covid19 as a result, has actually seen the rate of decline in births accelerate, nearly doubling, and this trend may be more attributable to events which predate the widespread adoption of pandemic measures. For Australia, that trigger may have been the wild fires of 2019, and early Spring 2020.

Birth rate trends are not the whole story.

It’s the “rate of conception”, i.e. pregnancy which tells the true story. I’ve been analysing the data coming in from the midwifery services of NHS Trusts and this is what it reveals about the UK.

Pregnancy rates actually declined by -2%, in other words the rates of decline in pregnancy were 3 times greater than the rate of decline in births in the previous year. The months in which declines were greater reveal the likely influence that lockdowns had and our expectations, veering between denial, optimism pessimism as the pandemic story unfolded.

May, July, August and October 2020 were cumulatively 5% down on the same months in 2019. NHS data goes up to October at the time of writing. The months of June and September were up, by as much as 7% in September alone. 63% of midwife appointments (which create these records) were within the first 10 weeks of pregnancy, so conception would have occurred for many women in either late March – early April or late June – early July. The earlier period signified the early stages of lockdown when it’s possible that it was considered a bit of a novelty, expected to be short lived and less alarming that it turned out to be. Conceptions for the later period coincide with a window of reprieve, release from lockdown, with deferred weddings finally taking place, a sense that we were over the worst, and optimism.

The “Baby Boom” phenomena came after World War 2. It came with the onset of peace and optimism. It was also during a time when contraception was less readily available and less reliable than it is today. All the indications are that couples have been far more cautious than the media headline, during this pandemic.

The UN predicts either stabilised birth rates or continued gradual decline in 2022 and beyond. It is conceivable that, post mass vaccination, or at a time at least when life can resume a pattern more closely resembling normality, that this will be the moment for birth rates to recover. Weddings which were deferred will happen. New families, planned but deferred, may emerge. Homes may revert to looking more like homes than offices once again, with space to create a nursery.

However life after Covid19 will have shifted in to a “new normal”. One where a higher proportion of the population continue to work flexibly and partially at home. That might make the prospect of managing a new family more viable but it’s also a new reality where space is still a premium and so space saving and multiple purpose features can command a higher price.

Nursery shoppers will scrutinise more closely the functionality of items with more stringent criteria with which to make purchase decisions.

They will, of course, be making most of their decisions with online resources to research and source, but there could also be pent up demand to touch and feel the goods too, as we seek to “recover” tactile experiences and in-person advice in retail environments. Many will continue to “think thrifty” whilst the drive to release pent up demand to purchase “impulsive indulgence”, “haul hedonism”, will be strong in others.

Hygiene and sterilising will continue to be priorities, but may extend to how food is consumed in out-of-home premises, with BYO sterilising options for cutlery and containers, and not just for infants, but for adults too!

Think safety and space. Multi-functionality and purpose. Brands associated with positive social action or environmental drivers will get greater consideration as new parents’ anxieties about security, safety, well being and stresses of confinement make them more receptive to your propositions.