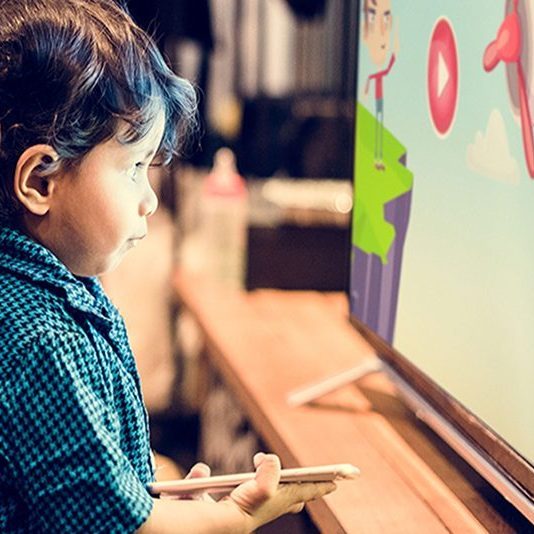 Ricky Zoom is an Entertainment One property

Consumer Fluent took a 3 phase approach to the research in each of UK and USA.
Phase 1 : observation and interviewing of children aged 3-4 in their home environment.
Phase 2 : in studio focus groups, kids aged 5-7.
Phase 3 : a uniquely innovative quantitative study using Face Reader technology to add statistical weight to the findings in both markets.

Very young children (3-4 year olds) need careful consideration in research, so we chose a home environment in which children could view the cartoon whilst being video recorded and observed with a parent present. Interviewing the child was fun, interactive and minimalist, reflecting their limited attention span. They created drawings and used any means of communication they initiated themselves to explain their reactions to the show.

Consumer Fluent chose Face Reader technology and used it on a quantitative scale with children for the first time ever remotely (!). Face Reader technology means we can code reactions and analyse them in relation to key moments in the cartoon episode which was shown, rotate 3 episodes across a sufficient sample base to quantify consistencies in each and draw clear conclusions down to a split second. Within the same study parents answered a questionnaire, recording their child’s recollections and impressions.

Consumer Fluent’s recommendations encompassed multiple creative elements of the series from vocabulary to narrative; sound effects, series geography, graphics; the pace, sequence and delivery of plot; to the order of episodes and their impact on comprehension. We produced a brand guide for production, marketing and consumer products and re-calibrated the proposition.

Results: stronger viewing figures – 1.5m on Nick Junior UK in AW 2019 alone – and audience retention which in turn strengthened the roster of international broadcasters, compelling Milkshake in the UK to get on board and Tomy to become the lead toy licensee. It built confidence around a revitalised PR and digital marketing campaign.

This Entertainment One project is just one of a line of similar projects which Ruth has led in recent years, which use eye tracking and other AI software to dig under the surface of consumer behaviour, including:

And just one of many projects which explore entertainment IPs and platforms, their potential and the attributes which lend themselves to expand across diverse consumer product categories.